Spain came from 10-2 down just before the hour to defeat Belgium 12-10 in the their first-ever rugby league Test encounter. The Spaniards, who have founded a six-team domestic competition this season, found themselves under pressure in the opening exchanges but their defence held out as Belgium failed to register points. The visitors then enjoyed a dominant spell, moving the ball through their three-quarters, but this time the Belgium defence proved similarly unyielding.

The deadlock was broken just after the half hour when Spain hooker Iván Ordaz landed a penalty after a shoulder charge. Just before half time, the hosts hit back, winger Idriss Tiogum on the end of a flowing move to cross in the corner for an unconverted try. Five minutes into the second period, Belgium extended their lead when stand-off Bruno Vindevolgel superbly dummied his way over, Ilias Laarchiri with the conversion.

Spain gained a second wind and, on the back of concerted attacks, Gonzalo Morro crossed to make it 10-6. Ordaz, who along with winger Daniel García led the visitor’s revival, went over ten minutes later, Garcia’s conversion proving to be the defining score.

Loose forward Steven Garofalo was a stand out for Belgium with his destructive running and impeccable tackling, team manager for the home side, Zacharia Zoubir, commenting: ”The game was really good and very competitive, we had fierce opponents. We made a lot of unnecessary mistakes in front of their line, however the team is young and we are very proud to see that the crowd liked the game.

“We are also proud of the development here in Brussels with the local club Gorillaz beating neighbours Rotterdam beforehand. This is the kind of development that we are looking for in order to learn because we are at the beginning of something great here in Western Europe.” 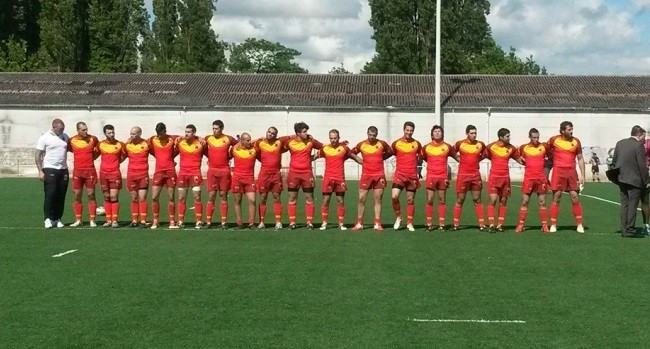