USARL, formed in 2011 by eight teams as a breakaway competition to the AMNRL, was incorporated as a not-for-profit entity in 2012 to meet RLIF regulations. The association realigned and a new conference structure was implemented. Competition was still limited to the East Coast, but with expanded North and South Conferences, while the pre-existing Midwest Conference had withered to just one club based in Chicago.

The principal member of the governing USAR Inc. is the USARL LLC, which represents the clubs. The USARL Inc. board is six strong, with two drawn from the club entity and the rest independents.

USARugbyLeague 18 Apr 2021 18:20
RT @USAWhRL: These training Shirts look AWESOME! Thanks to our kit sponsor @ev2sportswearus The Red, White and Blue! This raises the excite…

USARugbyLeague 16 Apr 2021 12:29
RT @IntRL: The Chair of @IntRL Troy Grant is encouraging dialogue to ensure that rugby league in North America has the very best chance to… 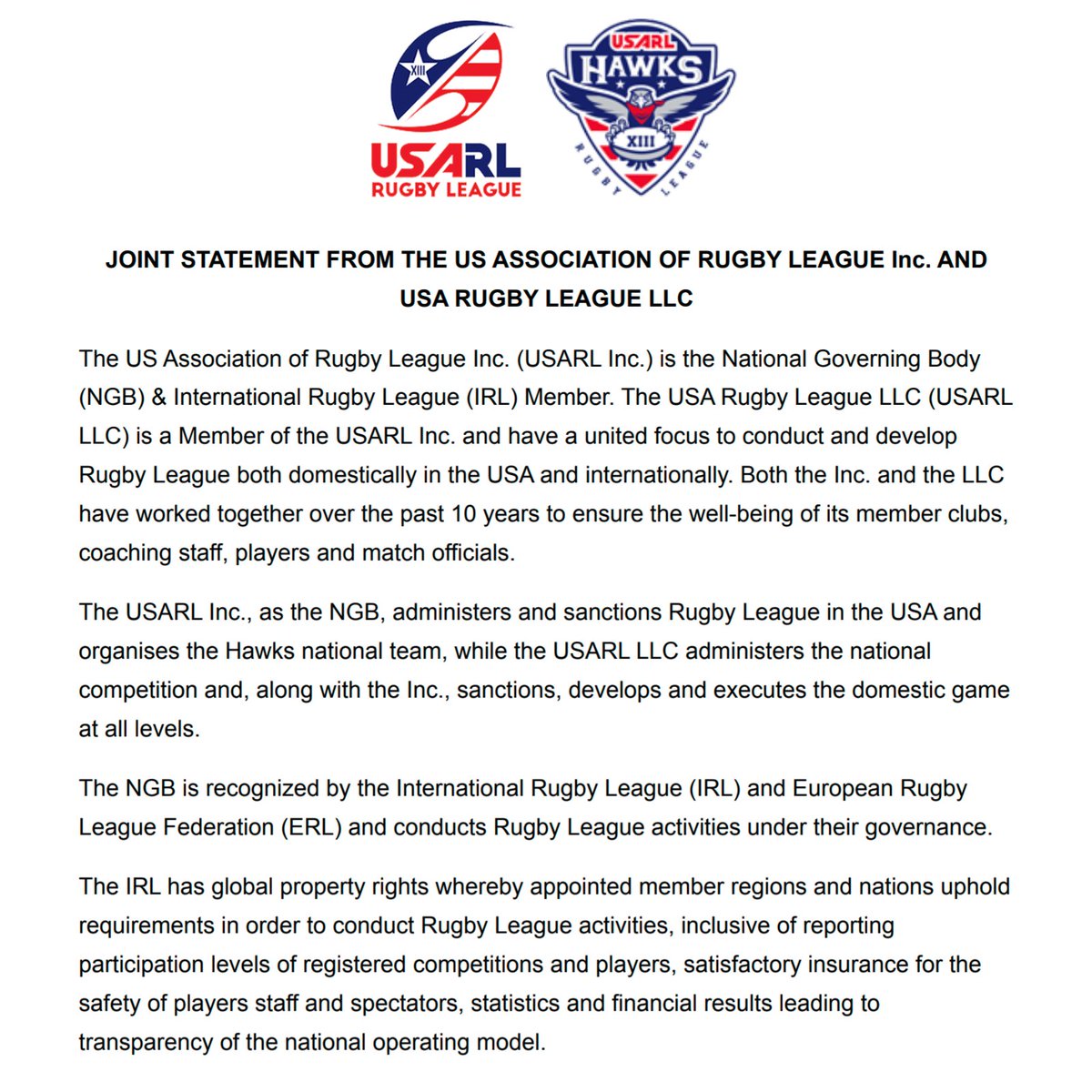