Wales and Jamaica fought out a tough 16-all draw at Wakefield on a cold Friday night, but the Welsh, preparing for their World Cup qualifier in Italy next week, had enough chances to win the game.

The Welsh started well. Steve Parry broke 40 metres but was stopped in his tracks, winning a scrum for Wales though after his long pass was palmed into touch. From a scrum then a penalty, Wales took the lead after the ball was played out to Rhodri Lloyd who crashed over in the corner. Lloyd White missed the conversion.

Lloyd could have had a second save for a forward pass, and Jamaica took advantage of their good fortune, working their way upfield. They levelled on 24 minutes when Aaron Jones-Bishop collected a high bomb, beating his marker to score in the corner to the delight of the primarily Jamaican supporting crowd. Jy-Mel Coleman converted to give them a 6-4 lead.

Wales led again on the half-hour after winning a repeat set. Andrew Gay looked for a try but was flattened in his efforts but from the next play, Courtney Davies forced his way over. White again failed to convert giving Wales a slender two-point lead. They almost extended it, Steve Parry again running well to set up the opportunity, but again Jamaica’s defence stood firm.

But it was Jamaica who went into half-time with the lead after a Welsh defensive mix-up gifted Jones-Bishop the simplest of tries. Coleman again converted well to put the score up to 12-8 to the Reggae Boys.

Jamaica looked for a third try straight from kick-off in the second half but were unfortunate, Ross Peltier being held up over the line. At the other end, Wales substitute Connor Farrer almost scored with his first touch of the ball but knocked on when diving for the line under pressure.

That was the first of four knock-ons for Wales as they were approaching the line during the third quarter of the game as the Dragons couldn’t get over the line. Corey Hanson’s sinbinning on 65 minutes gave Wales the boost that they needed and they took advantage of the extra man straight away, with Lloyd White grounding and Courtney Davies converting. 14-12 to Wales.

But with two minutes to go, Jones-Bishop grabbed his hat-trick, scoring in the corner to level things up. Coleman’s conversion attempt swung agonisingly wide and despite Wales giving it a final push, they couldn’t claim the victory. 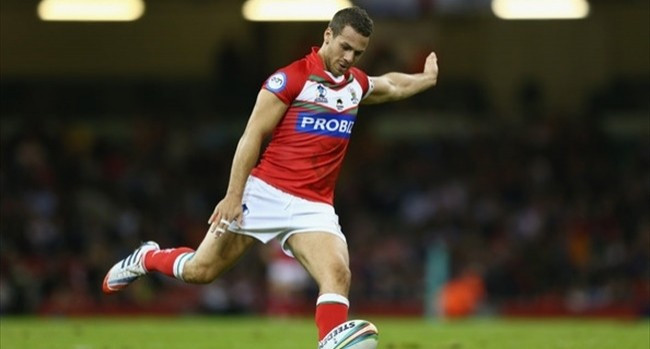