One of Europe’s newest competing nations has won their first silverware, after Spain ran in 14 tries to trounce Greece 76-4 in the Nikaia Municipality Stadium, Athens and take the European Championship C title.

The win also means that the Spanish become the six side in next autumn’s qualifiers for the 2017 Rugby League World Cup, joining seeds Ireland and Wales along with Serbia, Russia and Italy. Spain head coach Darren Fisher was elated at the progress his men are making. “I'm very proud of my players,” he said. “They showed full commitment and our astonishing progress and journey continues. This is big step for us, but we know to expect our biggest challenge in the World Cup Qualifiers.”

In addition, Spain will be promoted to European Championship B, taking the place of Ukraine.

Spain led 42-0 at the break after a blistering start, full-back Alex Doutres, who scored the opening try, finishing with 20 points. Greek national team coach Matthew Ashill commented: “We are focusing just on our domestic players who are young novices but I'm very happy with commitment that we showed in second half.” 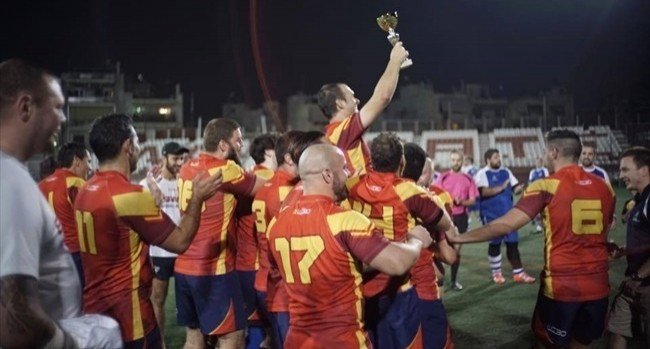