Lebanon lost to a strong Fiji in Cronulla, Sydney, on Sunday, in the Hayne-Mannah Cup's second edition. Fiji were held to 22-22 but pulled away thanks to a series of Lebanese errors and a squad containing eight of their 2013 Rugby League World Cup squad, which reached the semi-finals for the second consecutive tournament. Petero Civoniceva assisted Mick Stone for the first time, before Stone's departure from the Bati to take up the full time head coach position at Newcastle.

Three of those world cup veterans - James Storer, Korbin Sims and Wes Naiqama - accounted for five of the Bati's seven tries. Abbas Miski scored 12 points on debut for the Cedars. Both sides are building for the 2017 world cup, with Lebanon set to enter the Middle East Africa qualifiers in 2015.

Lebanon captain Chris Saab regretted his side's costly errors: "Although the effort was there, I'm disappointed with the result. At 22-all we had the momentum to run away with it. Too many fundamental errors in our own half cost us at crucial times. On a positive note we unearthed some new young talent and I'm looking forward to watching their progress leading into the 2017 world cup. That is our focus from here on in starting with the qualifiers late next year. With all hands on deck I'm confident we can really make a statement on the world stage." 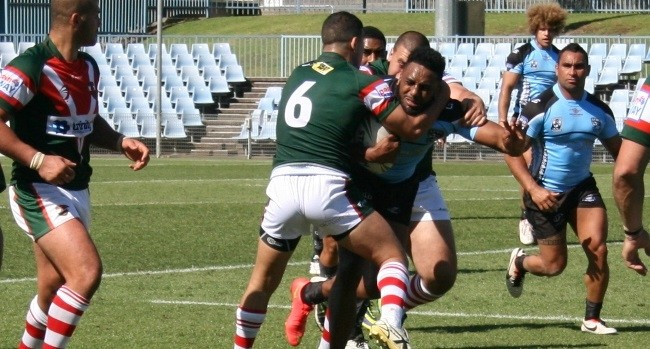