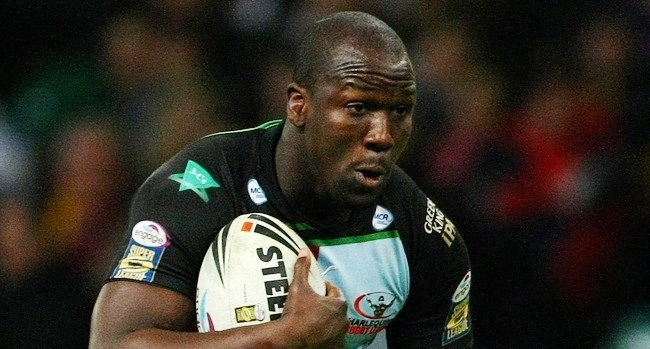 Jamaica have stepped up their preparations for their bow in the 2013 Rugby League World Cup Atlantic Qualifiers. The reggae rugby boys, who include Wigan’s Karl Pryce in their 20-man squad, face South Africa in Philadelphia on Wednesday, 19th October , the Rhinos having lost 40-4 against USA in the opening round at the weekend.

“Through some hard work behind the scenes at the Jamaica Rugby League Association we have been able to fund an extra day in the USA to aid our preparations,” said Jamaica coach Dean Thomas. “We have had three good sessions in the UK at Heworth and done some quality work at our USA training base.” He continued, “We are fully prepared for what will be a battle royal. South Africa will be keen to avoid the wooden spoon and I am sure they will throw everything at us. They will be enthusiastic and committed. We need to ensure we have a good defensive attitude and play intelligent rugby league when in possession.”

The Rhinos, whose squad is exclusively made up of domestic players, have been forced into one change after defeat to the Tomahawks, Christof Swanepoel suffering a mild concussion. Gerhard de Wet, an exciting youngster from Tuk Bulls, who was a stand out in the warm up game against Canada, comes in to the reckoning. “The game against the USA was tougher than expected,” claimed South Africa skipper Andre Loader. “They fielded basically a fully professional team and the difference in experience showed. The match was played at a higher intensity and quality than we are used to.

“However, the boys dug deep and showed a lot of heart, great spirit, commitment and dedication and I am extremely proud to have been on the field with them.” “The Jamaican team is similar to the USA. However, the guys had a chat and they aim to give the Jamaicans a good go. We know this will be another test of character and it only serves as motivation for us.”