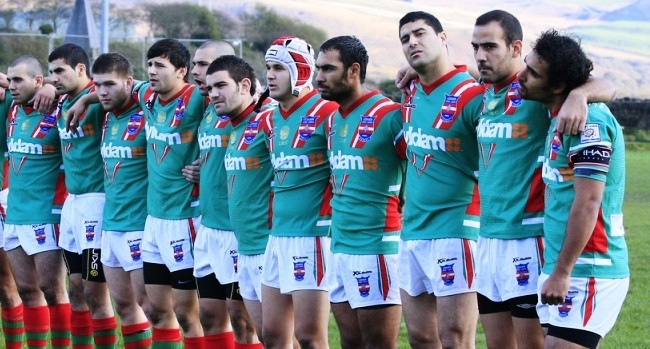 New Lebanon coach David Bayssari, whose family hails from Hadchit, can not wait for the 2013 Rugby League World Cup European Qualifiers to kick off. The Cedars supremo has gathered his men together in Beirut ahead of their opening clash with Serbia on Sunday; Italy and Russia having met the day before. His squad is a mixture of domestic players and those based in Sydney, mostly in the NSWRL competitions, prompting Bayssari to work hard on their mutual integration.

“We are all happy and excited with the task ahead,” he commented. “There is a really good morale among the group who have been together and working hard for the last couple of days. We want to see as much as we can of the county as a group; that’s what we are all about - to represent Lebanon. It is fantastic for us to be part of such a huge event. We have prepared very well and are looking forward to our first hit out.”

League legend Lee Crooks has been advising the visiting Serbians over recent months and he is hoping to see the hard work undertaken reap rewards. “The World Cup qualifiers are a massive challenge for Serbia to prove how rugby league has come on in the country,” he noted. “The staff have done tremendous work and everybody is eager to prove that the Serbian national team has bright future. We are facing a very difficult task because we are playing opponents that have far more experience than us but there is a real passion, the lads understand what we expect from them and they are giving their best to be prepared.”

His squad, with an average age of 24, is primarily made up of domestic players with Red Star hooker Zoran Pesic set to extend his record 21 caps. Others include Siddal’s Austen Novakovic, prop Ilija Radan who starred for Hemel Stags this summer and Adam Nedic from Belconnen United Scholars, Canberra.