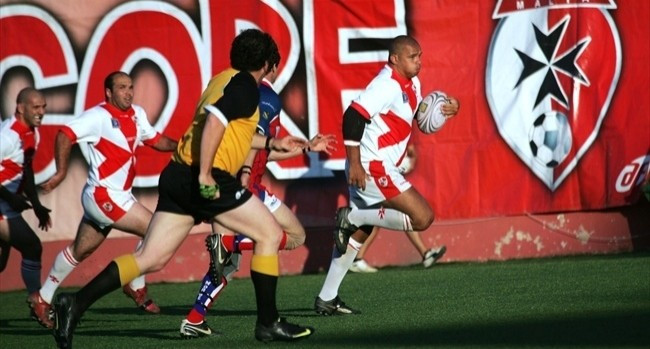 Malta coach Anthony Micallef has appointed Gateshead Thunder prop Chris Parker as the national team captain ahead of Saturday’s international against Germany at Hochspeyer. Parker and some of the Knights’ British based players were the first to arrive in Frankfurt yesterday (Wednesday) as the squad comes together with the likelihood of seven debutants for Malta’s opening European Shield fixture of 2011.

Germany will be looking to bounce back from a four-point loss to Norway two weeks ago in Oslo and the Maltese are looking for their biggest international victory on the rugby pitch that would bundle the Germans out of the competition in a shock for the original competition favourites. Parker’s appointment as skipper opens the door for a vice-captain, Gozitan Clifford Debattista stepping up for the tournament campaign.

Micallef commented "Chris made his debut two years ago and has been a welcome addition to our squad ever since. His professionalism and knowledge of the game is in line with what the Malta Rugby League requires and he is very well respected by each our domestic and overseas based players." The Malta coach admitted it hasn’t all been plain sailing, with the MRL successfully applying to make changes to its final 25-man squad following a spate of end of season injuries and non-availability of players due to work commitments.