Red Star convincingly won their second Serbian Challenge Cup with a 56-6 victory over arch rivals Partizan at the Makis stadium, Belgrade to maintain their unbeaten run in 2018.

The red and whites were too strong, building a 34-6 half time lead, scoring six tries.

After an even start, Partizan’s Serbian international Pero Madzarevic was sinbinned in the 25th minute and, in his absence, Red Star raced from a ten point lead to an unassailable 28-0 advantage, with Jack O’Brien and former Scotland U20 international Sam Harron both scoring twice to add to tries from Stefan Nedeljkovic and Milos Calic.

Red Star captain Vojislav Dedic commented: “The boys enjoyed today and we were clinical from the start. It is a great way to end this part of the season and we are already looking forward to maintaining this historic run after the break.” 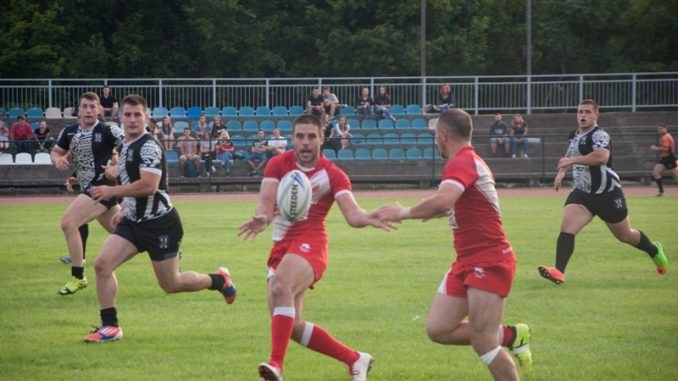