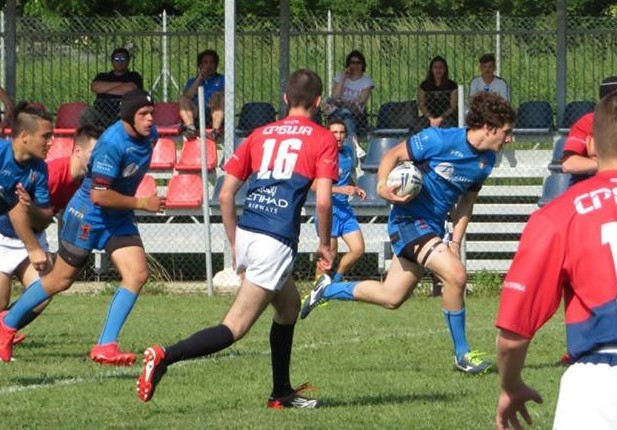 Italy and Ukraine U19s meet for the first time in the Stadio Fogliano, Fogliano di Repuglia tomorrow (Saturday), for the right to be the eighth nation in the 2018 U19 European Championships, in Belgrade this August. The eliminator will be the first of its kind at this level, signalling the growing emphasis on junior development among the RLEF’s member nations.

The hosts warmed up with a 38-20 win over Serbia at the same venue last weekend and head coach Salvatore Pezzano’s 20-man squad is drawn from across the country but with a distinctly Sicilian accent, 11 players selected from the South Zone. The match venue, in the region of Friuli-Venezia Giulia close to the Slovenian border, is further from Sicily than it is from Ukraine, so the Azzurrini have been in camp there for the week.

“Our preparation has been very good,” said Pezzano, a Catania native. “We had a good victory over Serbia which was a step forward and, more importantly, it gave us a clear understanding of our players. We asked them to control the ball and they did, topping 60% completion of their sets, which we were very happy about. We need to work on discipline against Ukraine as we can expect a physically strong team ready to fight over every tackle, we can’t afford to be defending for long periods.”

Their opponents have run youth competitions at various age levels for a number of years. Their team is drawn from six clubs, covering Donetsk in the east to Lviv in the west, and the 17-man squad gathered in the Carpathian Mountains on Thursday for a two-day camp before departing for Italy today.

Head coach Victor Melnychuk commented: “We have selected the best young players from all our areas and have had very fruitful and successful training camp. Now we are just hoping to gain the victory in this first U19 international game in the history of Ukrainian rugby league.”