EUROPEAN U19 CHAMPIONSHIP SET TO RETURN 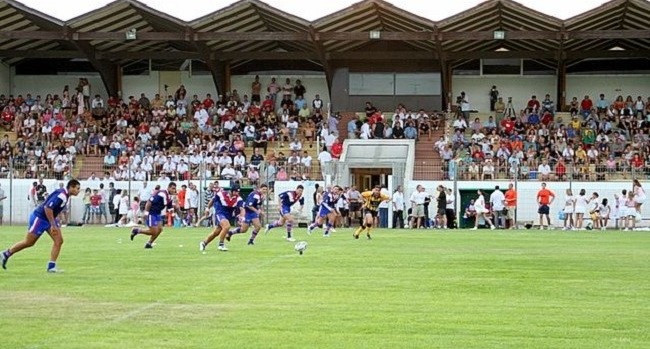 The RLEF is re-launching the U19 European Championship after a 12-year gap, with the tournament scheduled for August 2018 in Belgrade, Serbia.

Seeded nations England, France, Scotland and Wales will be joined by Ireland, Russia, the hosts, and one of Italy or Ukraine, who will contest a qualifying match in Fogliano Deripuglia, north east Italy, next spring. The tournament will be played on a quadrennial basis as part of a multi-year European calendar, with future hosting rights determined by a competitive tender process which will be concluded two years in advance.

Top seeds England and France will be kept in separate halves of the draw, which will be conducted live later this year. Match-days on 5, 8 and 11 August will each see four games played, with the final day determining the ranking positions for all nations.

The chief operating officer for England’s Rugby Football League, Ralph Rimmer, commented: “We are delighted to support the reinstated tournament. It is a testament to the success of the player development programmes across the game and a reflection on the strength and depth of the talent coming through. The players involved will benefit immensely from the experience of international competition and I have no doubt that they, plus the nations that they represent, will emerge far stronger for their involvement.”

France’s preparations are already well under way with an initial squad formed following a ‘Provinces of Origin’ U18 match and having played Catalans Dragons U19s. The selectors picked a 30-man Bleuets squad, which will be reduced to 22 in September following a training camp and before playing England Academy, on 9 and 13 October.

“We want to place France Youth at the highest European level and to breed a winning culture,” said French Federation technical director Patrice Rodriguez. “The matches against England Academy in October are a preparatory stage and will help us assess our potential. The European Championship is a good way to evaluate each generation and the work that is being done with players over a long period. We have designed a thorough preparation and implemented competition not only among the players but also our technical staff.”

The inaugural, and to date only, U19 Championship was played in France in 2006. The hosts, featuring current full internationals Vincent Duport, Mickaël Simon and Jean-Philippe Baile, beat England 56-0 in the final. Now, with nine current European full members offering regular youth domestic competition, the decision was taken to re-introduce the competition at the start of the next strategic cycle.

Wales Rugby League CEO Chris Thair noted: “This is a very exciting prospect for all the young players coming through the Welsh system and is supportive of our own national strategy. Playing internationals at a young age will help the players’ development and for some, open doors to the professional game, while for many it will be one of the highlights of their playing career. Extraordinary experiences such as these are so important to game’s future health as many of these young players will become future international players, coaches, officials, administrators, sponsors and fans.”

Bob Baxendale, head of representative rugby for Scotland Rugby League added: “This is a very exciting development for European rugby league. It will be great to see so many young and talented players testing out their skills in a well organised and competitive environment. Everyone in Scotland is very excited about the tournament and we have started our initial planning to ensure that everyone involved gets a great experience, and we will use it to attract more players to the game."

Pictured: France Under-19 kicks off the 2006 championship.