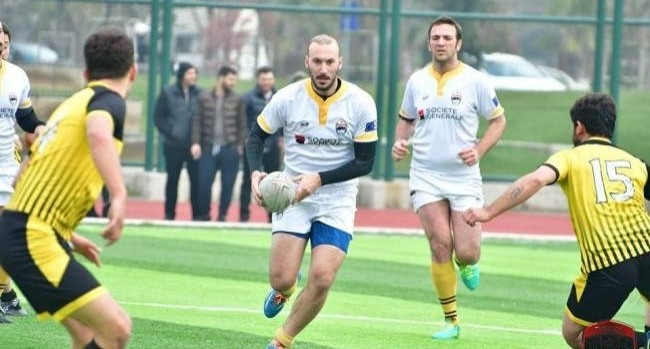 A magnificent display from man of the match, KadÄ±köy full-back Alican Acar – who crossed for five of their 13 tries – saw the Bulls triumph 66-14 in the first-ever Turkish Rugby League Grand Final.

Centre Aykut Kanaclar also claimed a hat trick, as the unbeaten Bulls took the trophy at the Maltepe Stadium in Istanbul.

KadÄ±köy captain Doruk Celiktutan commented: “It was much higher quality than I expected even though it's the first time we have held such a competition in Turkey. It shows the huge potential here. All our teams have improved with each game played.”

Their coach Julien Treu, the instigator of the competition, added: “I would like to congratulate all the teams who took part of this first rugby league championship, the fixtures were fulfilled and we had some very exciting matches. Thanks also needs to go to everybody involved in this set-up who worked very hard behind the scenes, and the successful final was the result of their work.

“We believe rugby league has big potential in Turkey we will do our best to keep it up. We have come a long way and do not intend to stop now.”

Aqua skipper, full-back Emin Erden noted: “This season was a great experience for all the Turkish teams. I believe that next year will be an even more competitive one with more sides participating. KadÄ±köy played with the quality of a European team.”

Jovan Vujosevic, RLEF Central & Eastern Europe regional director noted: “The Turkish Rugby League Association has now met all the criteria for acceptance of observer membership and that is huge progress in less than a year. They will host the GB Student Pioneers and the national team will play in the Belgrade Euro 9s in June and the Balkan Cup in October 2017 alongside Serbia, Greece, Turkey and Bulgaria who are so far confirmed.”