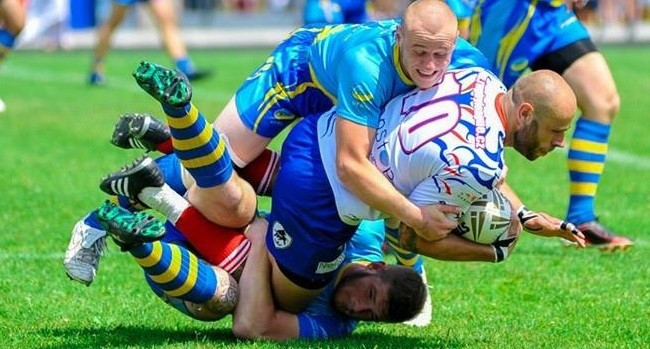 Ukraine take a 46-6 lead into the second leg of their European Championship C decider with Czech Republic tomorrow (Saturday) as the nations clash at the Vrchlabi Rugby Stadium(kick off 4pm).

The hosts have had two games in preparation, defeating the Canadian Military Wolverines, made up of personnel from bases in Poland, and Norway when unconverted tries from Petr Šedina, Petr Fanda and Jan Howard gave them a narrow 12-6 win in Krupka.

Czech Republic national team manager, Tomas Ripcsik, commented: “This home game against a very strong Ukraine is the peak of our 2016 season. We’ve had good preparation with coach Ladislav Cintler giving an opportunity to some young guns and bringing in a lot of new ideas. The Czech team is mix of hungry youngsters and experiences old heads, and we believe that we can perform better then in our game against them in June in Riven.”

The bulk of the visitors come from Legion XIII, who picked up their eighth Ukrainian domestic title recently and Artur Martyrosyan, Ukraine Federation of Rugby League, president said: “This game is very important for us - we want to come back into European Championship B.

“For this match we have selected our best proven players along with our most promising youngers, who are keen and eager.”